No need to get out of the car to enjoy these 10 stunning murals that will make you proud to be a Milwaukee resident.

Remember, if you do venture out of the car to explore Black Cat Alley or any of the other murals, keep at least six feet of social distance. And stay home if you don’t feel well.

And, if you’re looking for more beautiful and inspiring murals, we recommend checking out mkemuralmap.com and following @wallpaperedcity on Instagram.

Painted in the late 1980’s, just a few years after the death of Father James Groppi by Milwaukee’s NAACP Youth Council, this mural features local and world peacemakers, including Nelson Mandela, Shaka Zulu, Vang Pao (Hmong refugee community leader), Buddha, a Laotian dancer, Miguel Hidalgo, Adelita (a Mexican revolutionary symbol), Jose Marti, Lolita Lebron, Pedroa Campos, Chief Joseph, Rosa Parks, Aurora Weier, Father James Groppi and others. Friends and family of the painters are painted as  silhouettes at the bottom of the mural. Richard Oulahan, former head of Esperanza Unida, is one those painted on the bottom, and the silhouettes of Father Groppi’s wife and children stand beneath his figure.

Ask your kids if they’ve learned about any of these heroes in school. What do they know about them? What other peacemakers could be on this mural? Invite your child the think of ways we can help make peace right now.

The Mural of Peace was originally painted in 1993 on wood panels by artist Renaldo Hernandez, but in 1999 a storm knocked it down. Joe Kovacich, then vice president of Miller Compressing, lead a campaign to replace it. Numerous local groups, businesses, schools, and churches contributed, and together the neighborhood was able to fund its restoration.

What do you see in the mural? Where do you think the artist got his idea for the striped colorful lines? Do you see any flags? Why do you think it was so important to restore the mural after the storm knocked it down?

Location: North side of Maytag Laundromat

This mural, painted in December of 2016, was commissioned by the Bay View Historical Society after they were inspired by the Walkers Point entryway mural on 2nd Street. It depicts Bay View historic landmarks. For example, the copper beech tree on the left panel depicts the larges copper beech ree in the state, located in South Shore Park. Also in the mural are the Beulah Brinton House, Bay View United Methodist Church, Groppi’s Grocery, South Shore Park Pavilion, Delaware House, Avalon Theater, and more.

Can your child find each location listed above? If you also visit the Walker’s Point welcome mural, what similarities and differences do you notice?

Artist Mauricio Ramirez painted this mural in July of 2017. It’s a stylized painting of the Tex-Mex singer Selena, who was very popular in the 1990’s.

Ask your child what shapes they see in Selena’s face and arms, and in the background. Has your family ever listened to Selena’s songs together? Try some of her most popular songs like “Bidi Bidi Bom Bom”, “Dreaming of You”, and “Como La Flor”.

In October 2016, the owner of Kashou Carpets was inspired by the murals in Black Cat Alley (behind the Oriental Theater) and asked the artist, Stacey Williams-Ng, to paint a mural on his shop. The mural was inspired by the animal rug prints inside the shop.

Ask your child what they think the leopard is doing in this mural? Have they ever seen a leopard in real life? The mural was inspired by the rugs inside this rug shop. Ask your child if they’d like to have a rug with a leopard print on it. What would they put on a giant rug in your house if they could choose anything?

Location: Black Cat Alley is located behind the historic Oriental Theater at the intersection of North Avenue and Ivanhoe on Milwaukee’s East Side. You can enter the Alley from Prospect Avenue near the Axe Bar (AXE MKE) or from Ivanhoe near Milwaukee’s only cat café (Sip ‘n Purr). Please note: the Ivanhoe entry is the only accessible entry, as the Prospect entryway has a staircase.

The Black Cat Alley is an outdoor art gallery located in a private alley on the East Side. This unique street art destination was developed by a group of community members and artists back in 2015-2016 in partnership with Wallpapered City LLC, and sponsored by the East Side BID. It now contains 21 murals by 24 artists from Milwaukee, Philadelphia, Los Angeles, Columbus and even Berlin. Their website is blackcatmke.com

This 56 foot long mural was a community effort, traced by artist Tia Richardson and painted by individuals in a paint-by-number style. It depicts the challenges faced by the community and the perseverance of the residents who live there.

Location: Best viewed from W. Freshwater Way in the Reed Street Yards or the S. 6th St. bridge. Painted on the rear of the parking garage of the Brix Apartment Lofts at 408 W. Florida St.

With Bucks fever at an all time high before the virus hit, this mural depicts Milwaukee’s love for its hometown basketball team.

Location: Chase Bank building is at the intersection of North Water Street and East Wisconsin Avenue

Artist Carlos Rolón, who has other large-scale pieces in Miami Beach and the Netherlands, transformed the entire lobby of a financial hub (Chase Bank) into a beautiful floral escape in the middle of downtown Milwaukee. His piece was installed as part of Sculpture Milwaukee 2019.

Milwaukee is filled with beautiful and inspiring murals. We recommend checking out mkemuralmap.com and following @wallpaperedcity on Instagram. 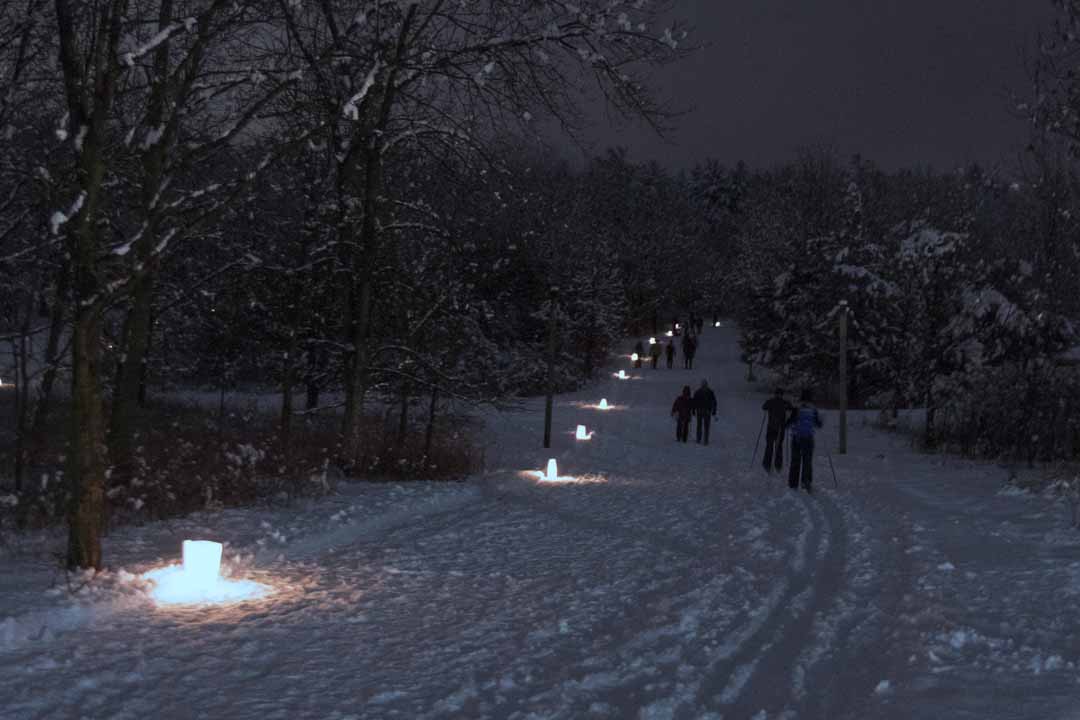 6 Candlelight Hikes for Families Around Milwaukee (2022) 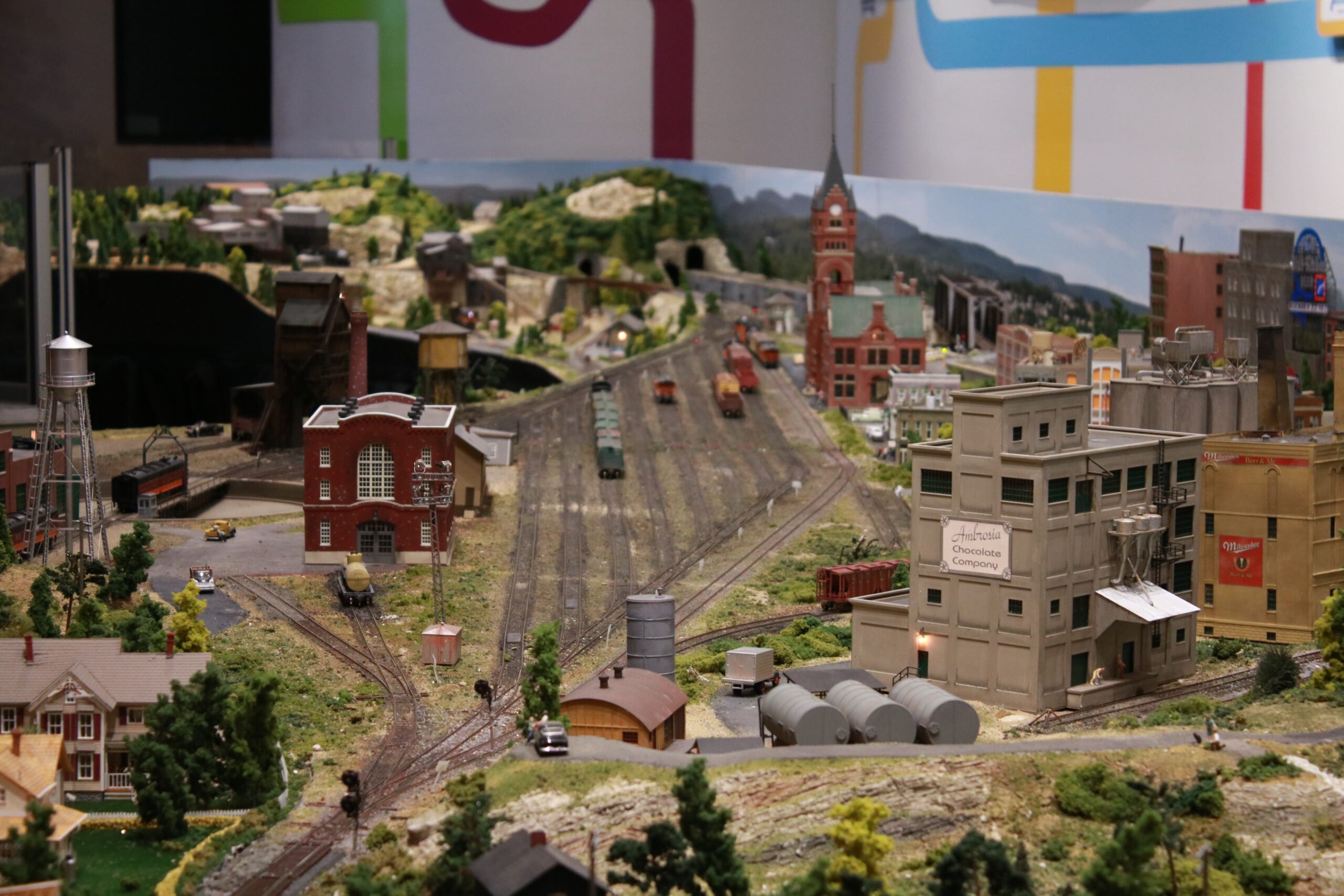 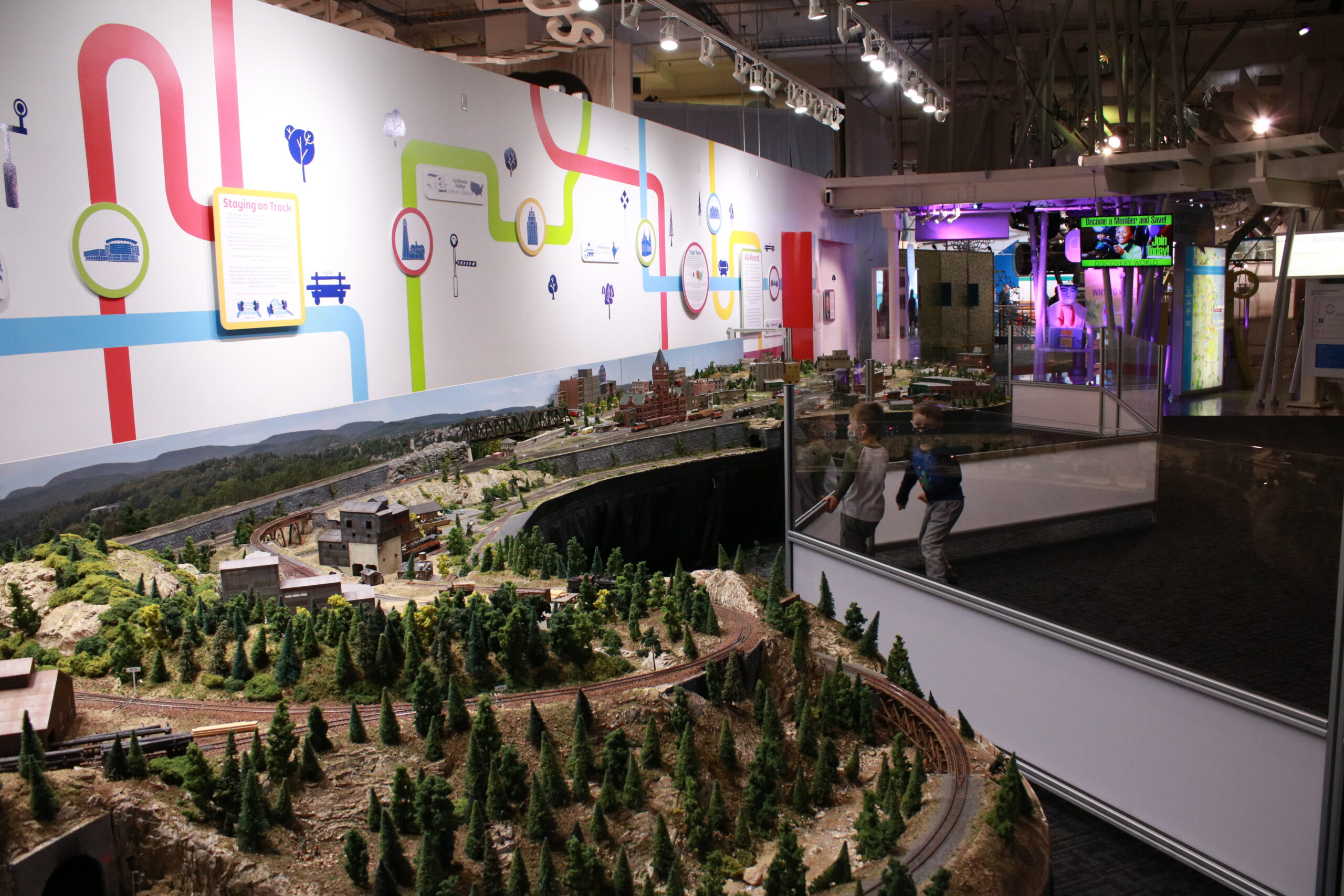 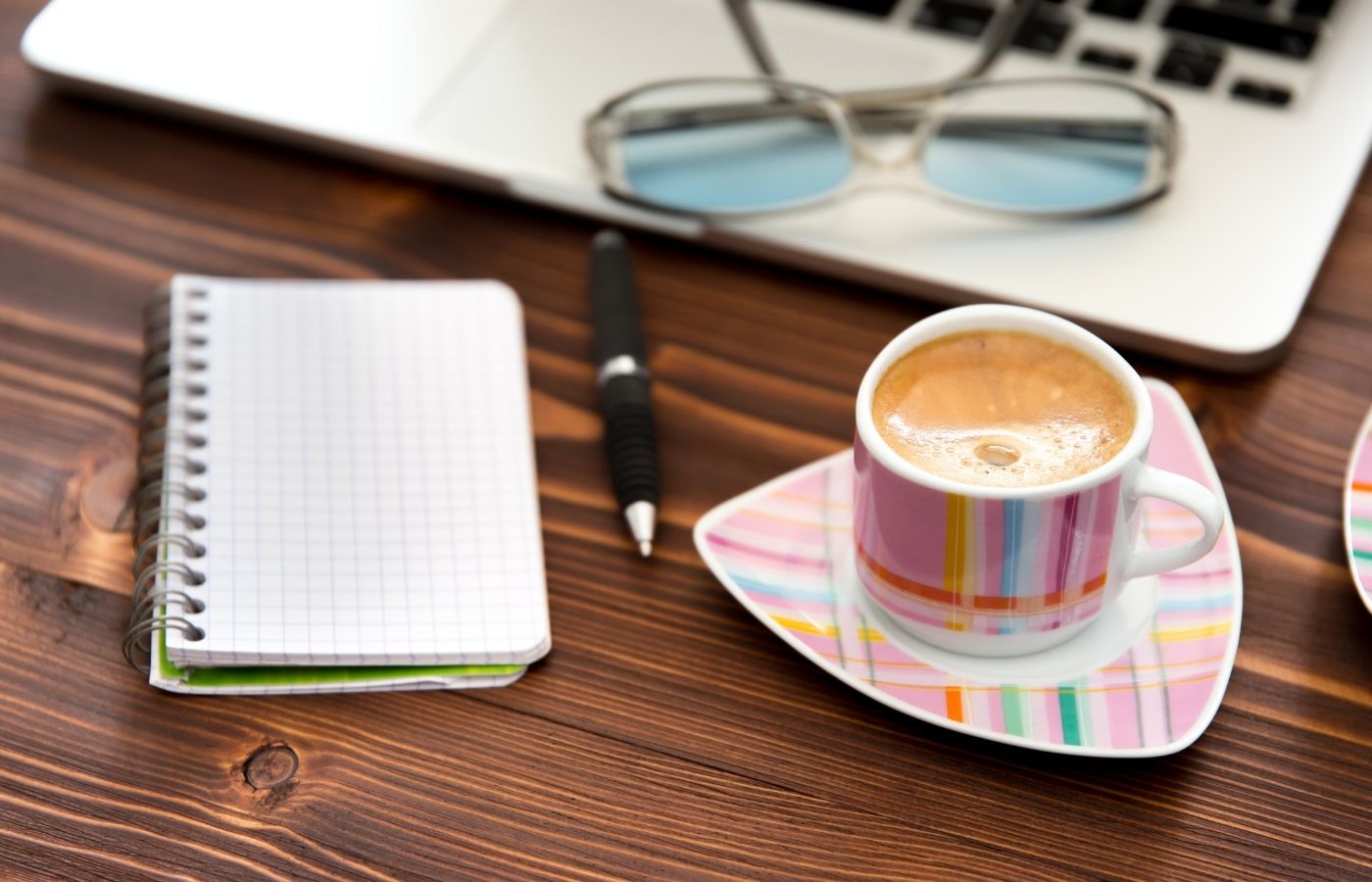 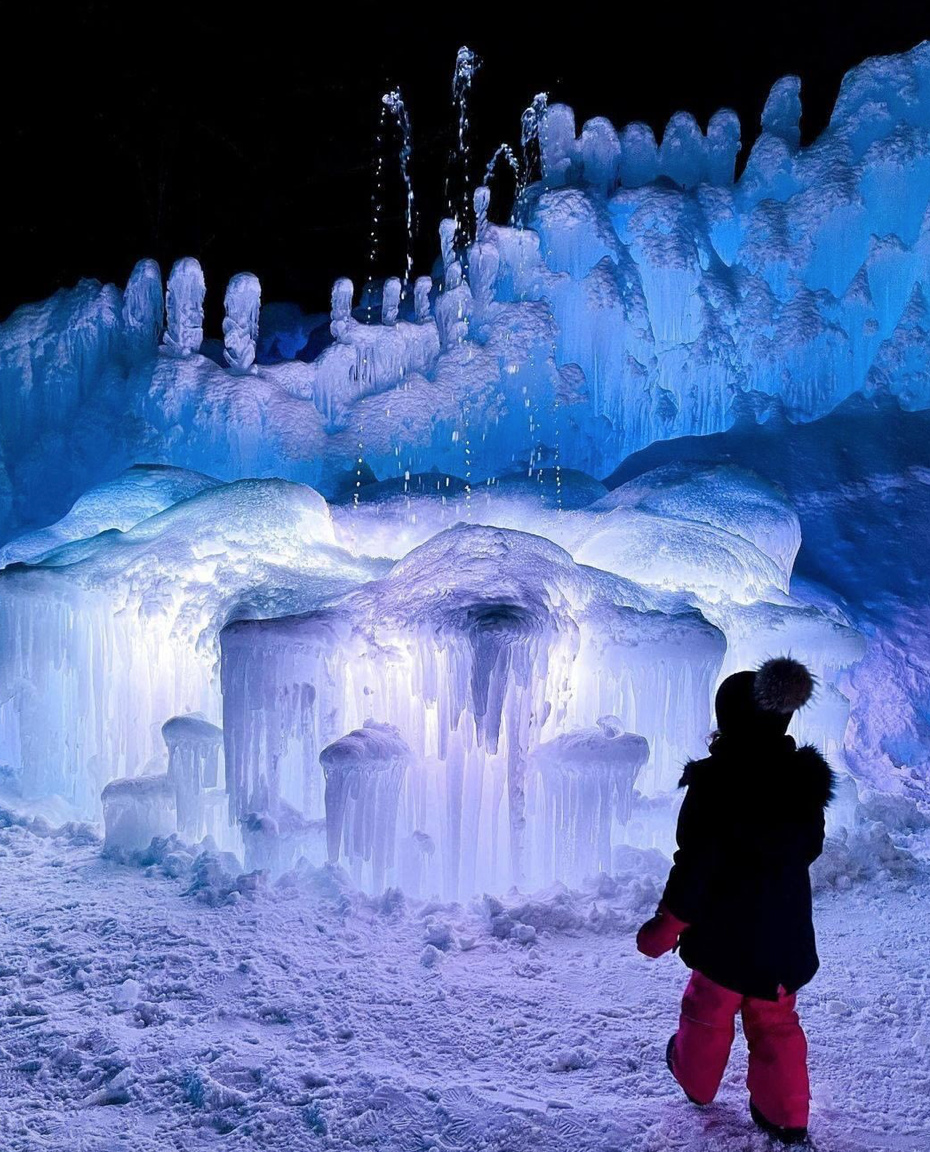 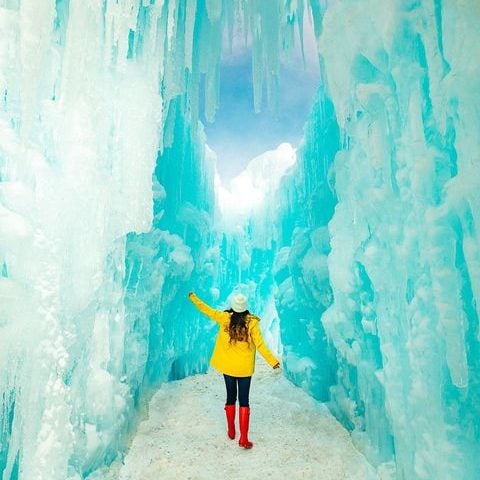